Field Marshal Sir Thomas Albert Blamey, GBE, KCB, CMG, DSO, ED* died on 27 May 1951. He was the only Australian ever appointed to the highest attainable military rank of Field Marshal. Crowds estimated at 300,000 lined the streets of Melbourne at his state funeral.

To perpetuate his memory and achievements The Field Marshal Sir Thomas Blamey Memorial Fund was established by a number of eminent persons in late 1954.

The original objects of the Fund were to erect and maintain a statue of the Field Marshal and to make periodic awards to members of the Australian Defence Force selected for outstanding qualities of leadership.

Following a successful public fundraising drive the memorial statue was unveiled by Prime Minister the Right Honourable Robert Menzies, CH, QC, MP in Kings Domain, Melbourne in the presence of a large gathering on 27 February 1960.

Field Marshal Sir Thomas Blamey’s ashes were interred under the statue by Lady Olga Blamey and his son Lieutenant Colonel Thomas Raymond Blamey on 28 May 1967.

* GBE – Knight Grand Cross of the Order of the British Empire

CMG – Companion of the Order of St Michael and St George

Lifetime subscription to The Field Marshal Sir Thomas Blamey Memorial Fund is open to everyone for a $300 contribution. Enquiries should be sent to 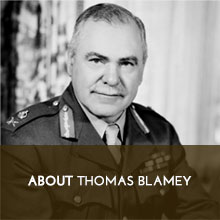 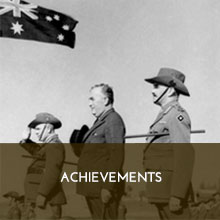 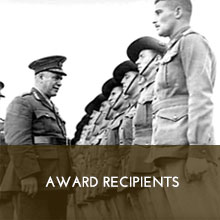 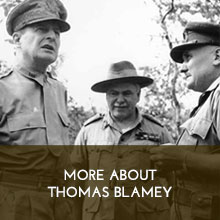